This is the fifth AND LAST in an overlong and overthinking-it series of posts on Wales, history, identity and the Manic Street Preachers, as filtered through the song ‘Ready for Drowning’.

Part One: All Surface No Feeling

Part Three: Work is the Curse of the Drinking Classes

Part Four: Everybody Hates a Tourist 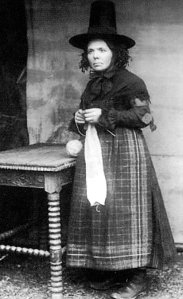 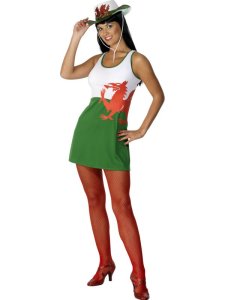 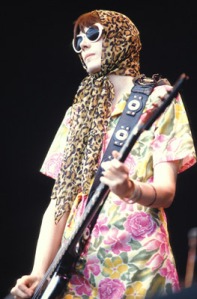 “For a start, the very fact that we were Welsh meant that we had to try 100 times harder than any other group. Even now, in some terrible news magazine, someone’s reviewed the album and the headline is ‘Boyos To Men’. And I’m not saying it’s racist or anything: I just find it incredibly thick. In a way I’m glad I’ve got all that now: it gives me something to rail against, to use as a creative feeder.”

Can you speak any Welsh?

“We were never allowed to learn. And that’s another big bit of resentment in us: it wasn’t on the curriculum for the whole of South Wales. I’d have loved to have been able to speak Welsh.”

“Damn it all, you can’t have the crown of thorns and the thirty pieces of silver.”

After all this, I mean, I still feel Welsh, and I still call myself it. ‘Welsh’ for me can be a residual, reserve identity, buried or submerged, but still enduring; something to cling to when adrift, rightly or wrongly; something to anchor me. What the identity consists of, though, I’ve never been sure. It’s not a national identity but a local one, and its localness – the ways in which I feel myself to be Welsh -always keeps me conscious of the ways in which I’m not. Rather than ‘yes, that’s it’, it’s easier to say ‘yes, but that’s not all it is’. Wire in that 1997 interview may well proclaim himself ‘into oneness’, but there is no One Wales. Even beyond the country’s linguistic, geographic and political divisions, there exist multiple fractured identities, defining themselves by the local not the national – particularly through being from X, rather than from Cardiff. Growing up, attributes, accents and attitudes were associated with specific areas, towns, areas of towns, sometimes pinned down to exact streets. The Wales of swords and stone circles, drowned lands, dragons and druids, Taliesin and Eisteddfodau exists in romance alongside the reality of GLC’s Newport, Gavin & Stacey’s and Simon Price’s Barry Island, the drug-soaked, politically corrupt underworld of Lloyd Robson’s Cardiff Cut, the Valleys anti-romances of Rachel Trezise, and a multitude of other identities scattered and self-contained but highly secure in their specifics. To brush under the national carpet all of these peculiarities, to smother them in fantasies of ancient racial purity, the flag, the Senedd, or MTV’s predictably execrable The Valleys, does justice to nothing.

Divergences in Welsh identity, in particular the historical tension between Welsh nationalism and international socialism, understandably obstruct attempts at country-wide solidarity around issues like devolution and explain their uneven and unenthusiastic takeup, yet there is clearly common ground between the two. Not much connects this fractional, fractured and fractious country, but the set-in feeling of having been historically hard done by, being expected to endure to the last, may come close. What is to be done about these unnamed, accumulative, long-nursed grievances is another matter, rarely and barely addressed.

In late-90s South Wales at least, the experience of having had work first defined as one’s purpose for living, then abruptly removed but not replaced with anything meaningful, was cemented by the shallowness of Blairite triumphalism, which, despite Kinnock’s unenviable place as New Labour’s handmaiden, had little time for Wales. The dispiriting and bathetic micro-machinations surrounding the attempt in 1998 to impose Alun Michael as London’s man in Cardiff, against Rhodri Morgan’s positioning as the people’s choice, exemplified this distance. In addition, New Labour’s post-socialist direction and the Welsh Assembly’s lack of tax-raising powers both militated against any commitment to concrete economic improvement. No longer condemned to an industrial past, vast swathes of the country remained condemned to a post-industrial future, against which the New Welsh Cool rang as hollow as other Nineties rhetoric.

Against this backdrop, Ready for Drowning has no solutions and little hope to offer, in accordance with the quietly bleak defeatism, resignation and pathos that riddles This Is My Truth. All that’s offered is a grain of residual resistance, stubbornness, refusal: the assertion that we are not ready for drowning. But this assertion is merely a digging in of heels, not a turn to a different path of our own devising. The song couples this impulse with, in the Burton sample, the desire to bring down the whole edifice, like Samson pulling down the roof on the heads of his people’s celebrating enemies – a righteously nihilistic, closing-time urge presented as an apt and sympathetic conclusion to a lavishly tragic narrative.

Valleys culture, as Nicky points out, is utterly unique, founded on a landscape in which industrial townscapes are crudely cut into scarred hillsides, and a bizarre falling between national categories. The English, it is often said, are suspicious of the Valleys because their people are Welsh; Welsh speakers, meanwhile, decry them for being too Anglicised. Your notion of Welsh nationality seems to be a 20th Century thing: it seems to have very recent roots.

On This is my Truth, lacking roots in older, more established ideas of Welshness tied to custom, place and language, Wire’s casting around for a secure identity finds him latching on to specific traditions of Welsh political history. From the Bevan quote in the album’s title to Welsh participation in the Spanish Civil War, these aspects of Welsh identity are more modern than ancient, more southern than northern, and more industrial than agrarian. They are also, crucially, based in class rather than national consciousness, and they are, equally significantly, things of a heroic and romanticised recent past – stuff of history rather than myth, but just as irrecoverable. The album derives its few comforts and securities from the past, reinforcing the present lack of either. Ready for Drowning, like If You Tolerate This…, is almost unbearable in its yearning for what’s lost – for principles, potential and power that, by the end of the twentieth century, were all over bar the shouting. This is my Truth sounds post-traumatic as well as post-industrial; it is suffused in retreat and recuperation, accepting that ‘the future teaches you to be alone / the present to feel afraid and cold’. Ready for Drowning, like much of what the album references and describes, is a relic, a petrified cry.

Quite obviously I find it hard to separate my attachment to this band from my consciousness of class, regional and political sentiment. In Ready For Drowning, all three strands prove inextricable, and also prove to be mutually reinforcing, intersectional rather than competing influences. I’ve written previously about the fact that I feel greater affinity with areas defined by being post-industrial than with other areas of Wales. Awareness of the history of industrial protest, for instance, facilitates a certain solidarity between South Wales and South Yorkshire, a feeling cemented during the Miners’ Strike and cropping up in Gold Against the Soul’s ‘fossilise, make Yorkshire into a tourist resort / and dream of new ways to humble the poor’, their younger and more scathing perspective on post-mining heritage industry. An extension of class solidarity also fuels the underwhelming but necessary Hillsborough remembrance SYMM, the final track on This Is My Truth. Its concerns more contemporary than a lot of the album, and its scope broader than Wales, it’s an unexpected note on which to close proceedings, but it’s also a useful one, being a Welsh expression of post-Thatcher solidarity with Liverpool rather than post-Tryweryn enmity. One obvious way of engaging with post-industrial malaise and stasis would be to transcend Welsh exceptionalism, seeing historical and present oppression in terms that are anti-imperialist and anti-capitalist rather than anti-English, and seeking cross-border solidarity in which national identity is secondary or incidental to class. What connects Wales with Wales is also what connects Wales with the rest of the world, even if acknowledging this involves rescinding a level of our particularism, when particularism is sometimes all we have. These fragments we have shored against our ruin.

Recommend Velvet Coalmine to others

Places I Write For: